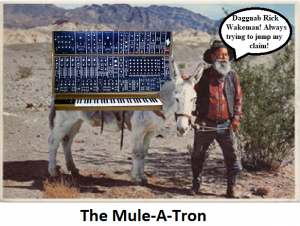 The Mule-A-Tron, which wasn’t so much a synth as a series of audio tapes and a keyboard attached to a mule. The Mule-A-Tron was used by OMD on their classic song “Joan of Arc, What a Fuckin’ Narc”. 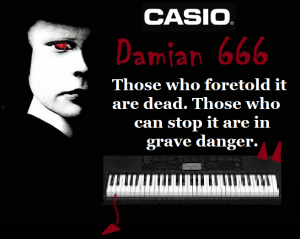 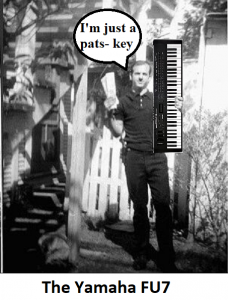 While the Yamaha FU7’s sound wasn’t that remarkable, it is, of course, remembered as the synth that Lee Harvey Oswald used to assassinate Rick Wakeman. 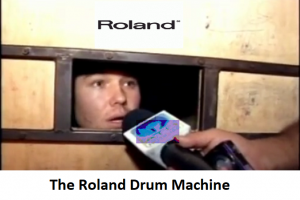 The Roland Drum Machine was basically a guy named Roland who was sealed in a box and forced to drum through the strategic application of painful electric shocks. 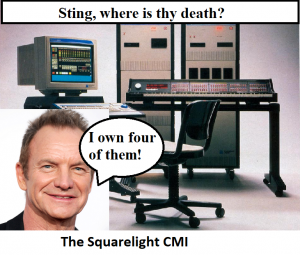 The Squarelight CMI, which costs $97,000 when it was released in 1979. It came loaded with only one sample, and this was this.

Painkiller Suite -Dead When I Found Her
Jordan, Minnesota [Explicit] – Big Black
The Sleep of Reason – NIETZSCHE AND THE WAGNERS 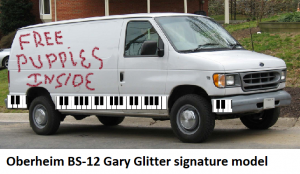 The Oberheim BS-12 Gary Glitter signature model. The only synthesizer ever packaged inside a white cargo van. 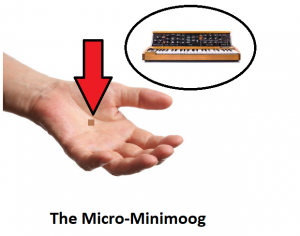 The Micro-mini Moog, which comes in at number two on our list is famous for being the only synthesizer small enough to be smuggled in a body cavity. In fact, one was recently presented by Donald Trump to Vladimir Putin as a gift. 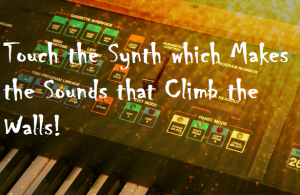 The Ensoniq Pyschotronic 2001 – A synth Odyssey – was originally developed by the CIA and tested on both soldiers and protestors during the Vietnam War of 1812. This is the synth that ushered in the Psychedelic Summer of Human Sacrifice!